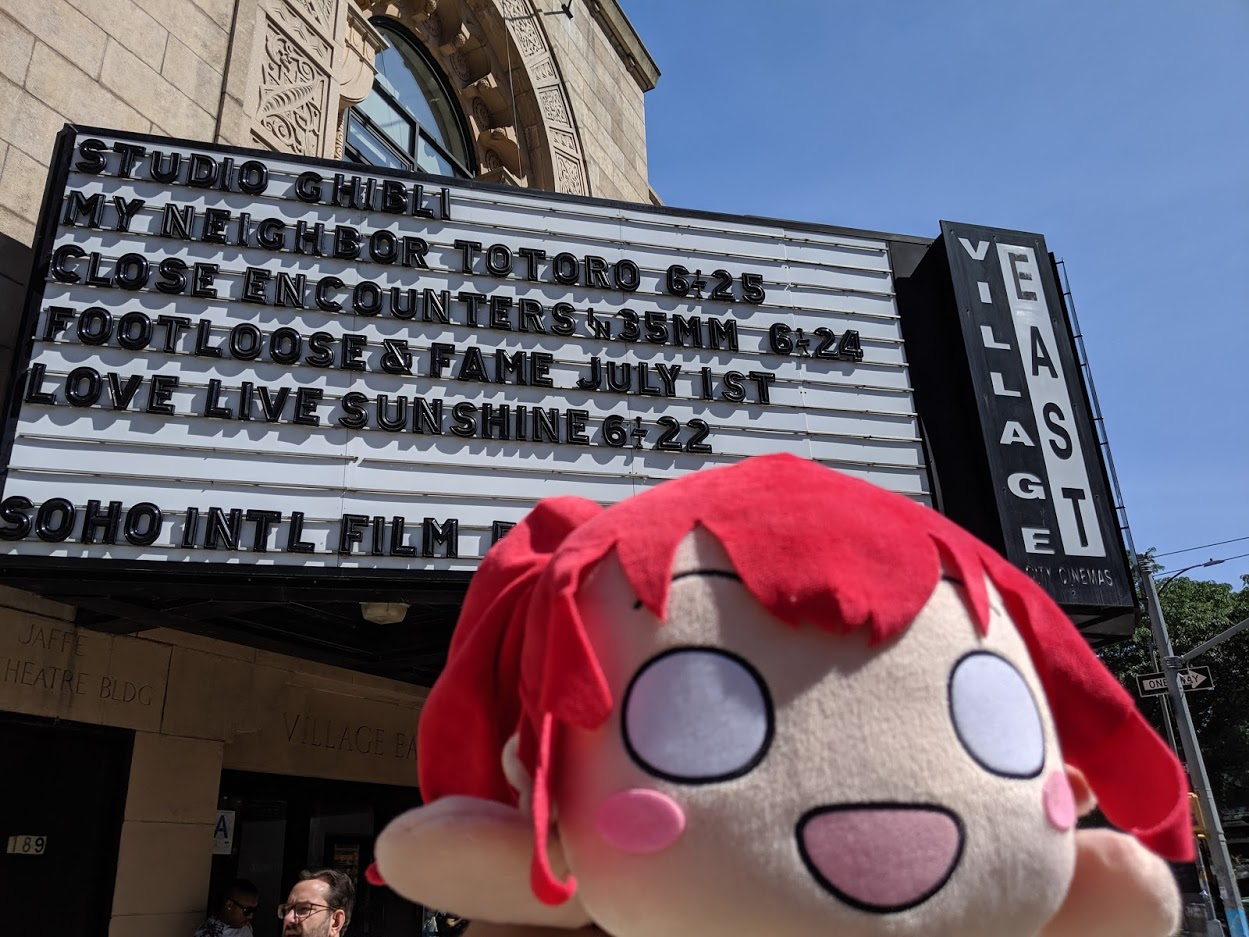 If you’re a fan of anisongs, are part of any of the numerous idol fandoms, or are active on anitwitter, chances are you’ve heard of Delayed Viewings, or DVs, within recent years. A Delayed Viewing is, well, a delayed viewing of a concert that happened several weeks ago (usually). For many, it’s the only way to experience a live performance of certain Japanese artists. Many of the artists featured at DVs don’t perform tours outside of Asia. If they do come to the US, it’s often to one city only – usually Los Angeles or Anaheim. So unless you can pony up the dough for a flight to California (about $500 from NYC), you’re out of luck. DVs can help fill that void.

In Japan, concerts are often live-streamed to homes and movie theaters at the same time the concert is happening. While Aqours was at Tokyo Dome performing at 4th LoveLive! ~Sailing to the Sunshine~, people all across Japan watched a satellite stream of the concert in movie theaters. And they treated it like an actual concert! They brought their light sticks, did the calls and responses, and cheered for the girls just as if they were actually there. This experience is called a Live Viewing (ライブ・ビューイング), or LV.

While LVs would probably be impractical in America due to licensing reasons and time zone differences, DVs have made the LV experience close to becoming a reality here. While DVs aren’t live streams – hence the “D” meaning “delayed” – they usually don’t take long to bring over and often screen within a few weeks of the actual concert. Since Aqours First Live, all of their shows, including Hakodate Unit Carnival, have had DV screenings across America. A few BanG Dream! concerts have also had DVs. For me, the local theater in NYC is Village East Cinema, which houses an auditorium-sized theater perfectly suited for concert-like screenings. At these DVs, fans show up, meet new friends, exchange merch, and enjoy a great show – all while doing the things you’d expect to see at any anisong show. Calls, responses, cheering, wota – it’s all there.

How Can I Participate in a DV?

Until recently, DVs were handled by a company that unfortunately has been inactive on Twitter for several months, and their website has expired… not good signs. But don’t fret! A new company is here to save DVs. HAHA NADV is bringing back BanG Dream! DVs, starting with Rausch und/and Craziness (featuring the bands Roselia and RAISE A SUILEN) on January 11 and 18. And while nothing has been confirmed yet, HAHA NADV has stated that they are looking into DVs for other properties, such as Love Live! Click here to see what theaters near you are showing the DV. If you do go, prepare to have a great time. While it’s not required in the slightest, you may want to learn some of the calls for some extra fun. Fans often hand out call guides at the screenings that you can always go along to. Or, if you want to do some studying in advance, FuwaFuwaTime is an interactive call guide that has helped me a lot in the past!

Please consider going to the Rausch und/and Craziness DV to show your support and strengthen our chances of getting Love Live! DVs back!

This is part of a series of posts on Delayed Viewings! For Part 2, click here.