When it comes to anime that have an idol fan following, Shoujo Kageki Revue Starlight isn’t one that immediately comes to mind. You’re more likely to think of Love Live!, iDOLM@STER, or maybe even BanG Dream! (disregarding the debate of whether BanG Dream! is an idol show). But whether you’re a huge fan of idols or scoff at the very concept, this is a series worth investing in.

Revue Starlight is one of the more overlooked anime in recent years, perhaps overshadowed by other anime that aired at the time, or perhaps dismissed by some as “idol trash”; but many I know who have seen it will vouch for how good it is. Both fans and haters of idols seem to enjoy the series, and for good reason: it’s a solidly written piece of work, with fluid animation and a lovable cast of characters.

Revue Starlight tells the story of the 99th class of Seisho Music Academy. After being separated for several years, Karen Aijo is reunited with her childhood friend Hikari Kagura. The two promised long ago that they would perform “Starlight,” their favorite play, together. Now that Hikari’s back, Karen sees this as a miracle and a sign that now’s the time. But Hikari isn’t interested. She has her own plans… plans that involve the other girls in the school… and those plans don’t include Karen. Hikari is performing in special auditions to become the Top Star… but more on that later.

If you’re a fan of idols, you’ll find some familiar faces in the cast. Perhaps most notable is Suzuko Mimori, known best for her role as Umi Sonoda in Love Live!, but you may also recognize Aina Aiba (Yukina Minato from BanG Dream!, the lead singer of Roselia), Ayasa Ito (Arisa Ichigaya from BanG Dream!, the keyboardist of Poppin’Party), and Sato Hinata (Leah Kazuno from Love Live! Sunshine!!). These seiyuu play the roles of Hikari Kagura, Claudine Saijo, Kaoruko Hanayagi, and Junna Hoshimi, respectively. 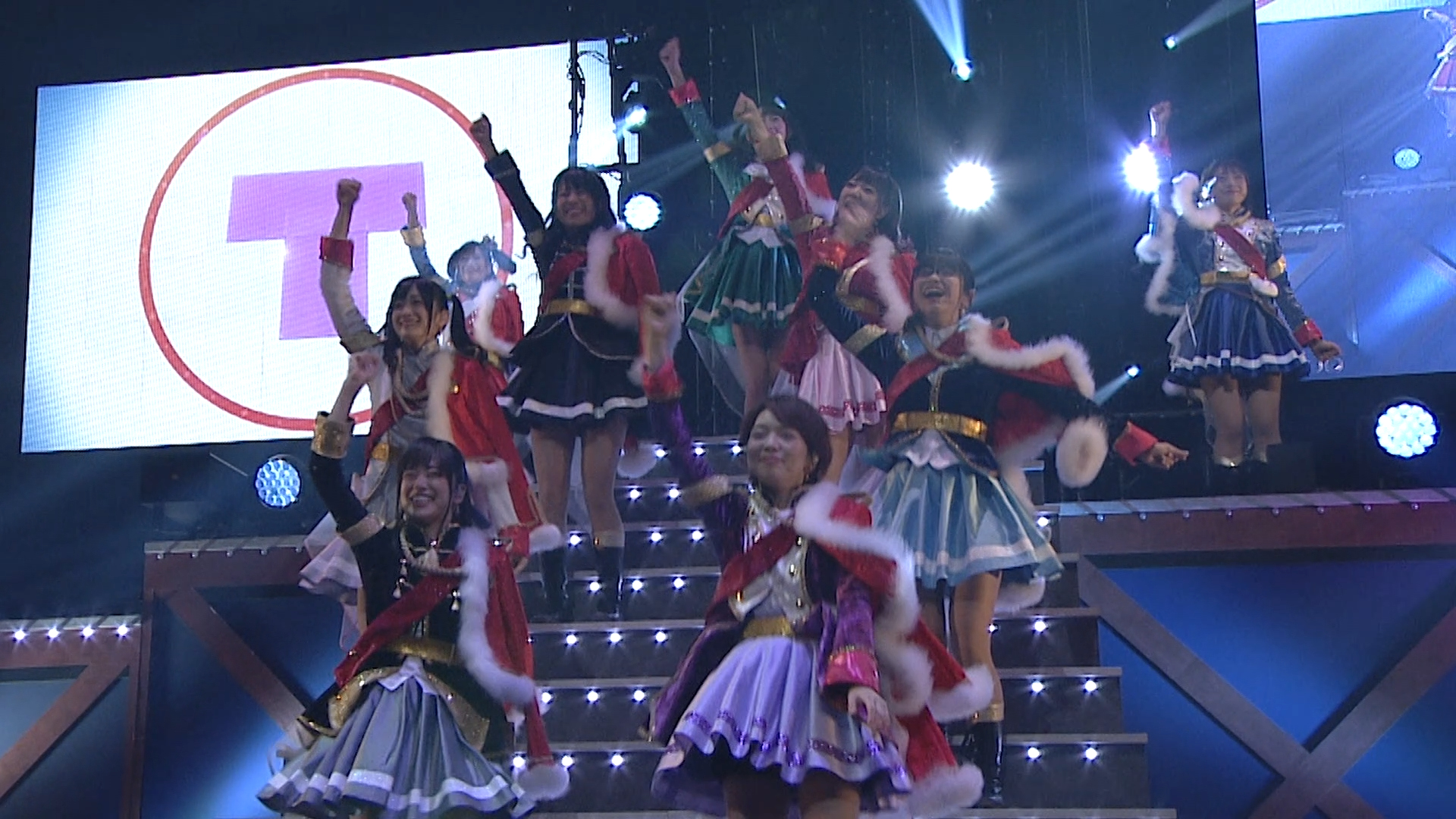 As is common in anime, with strong seiyuu talent comes great music, and Revue Starlight is no exception. The music is a fresh mix of anisong with showtunes-style music splashed in. If you think all idol music sounds the same, you might find some solace here. It’s very catchy, but at the same time often emotional. Even the more silly-toned songs like “Koi no Makyuu,” one of my personal favorites. “Star Divine” is the flagship song of the series, while “Hoshi no Dialogue” and “Fly Me to The Star” serve as the anime’s opening and ending themes, respectively. Most of the music can be streamed via Spotify (link leads to a playlist I made) and Apple Music.

More on the Story

If you’re not into idols or anisongs, there’s still plenty here for you to enjoy. What, at first look, seems to be a high school drama about girls putting on a play, quickly becomes much deeper, complex, and interesting. Halfway into the first episode of the anime, we discover that the girls of the 99th class are actually in a competition to become the Top Star. In a series of auditions, they must meet in an area underneath the school and perform a series of one-on-one battles, only for one to eventually emerge as the victor. I won’t delve into spoiler territory, so let’s just say that these auditions are packed with symbolism that represents far more than what you see on the surface. Oh, and for some reason, there’s a giraffe running the whole thing.

The auditions are splendidly animated. The animators clearly had a passion for their work, because it shows. While I’m sure some CG was used in production, it’s hard to tell because of how good it looks. Established key animator Kazuto Arai, famous for his work on Attack on Titan, Sword Art Online, and Mob Psycho 100 worked on episode 8, which is considered one of the best episodes in the anime. The show’s animation isn’t perfect, though. Common corner-cutting techniques such as close-ups during fight scenes are utilized, making it sometimes difficult to fully appreciate the great choreography. Fortunately, accounting for that, are the live-action stage plays and concerts…

Just like any idol/seiyuu-focused show these days, Revue Starlight has live concerts, or “StarLives” as they are called. Songs from the anime and original songs as well are performed on stage at these StarLives. The insert songs from the audition segments are also performed, accompanied by the fight choreography adapted from the anime. The aforementioned seiyuu are all present at the concerts, and they all do an amazing job of adapting the most memorable scenes from the Revue Starlight anime into a live-action medium.

But that’s not all! There are also stage plays. Yes, actual plays, also performed by the very same seiyuu. This series has it all, and it’s a damn shame that the concerts and stage plays aren’t licensed outside Japan (Sentai, I hope you’re listening). As of now, the only way to watch the stage plays with English subtitles is to sail the high seas, and I’m really hoping that changes soon. That said, the stage plays are very much worth watching, not just for the great performances of the seiyuu, but also the original music and story found only in these play versions of the series, which are integral to fully appreciate the series as a whole.

Oh yeah, because this is an anime by Bushiroad and because Bushiroad loves money, there’s also a mobile game (warning: site has autoplay music). It’s pretty solid fun, and although I’ve taken a break from it, I did play it pretty religiously when it first came out. The gameplay is similar to other RPG battle mobile gacha games, of course with the addition of the girls and music from the series.

I hope this post leaves you at least a little bit interested in Revue Starlight. This is a series that has fallen under the radar of many, and I hope to help fix that. Don’t get me wrong – this series does have a dedicated following, but it’s not as widespread as I feel it should be.

If all this information is overwhelming and you’re wondering where to start, start with the anime. It’s not the first thing to come out of this franchise, but it’s a fine introduction to it regardless. From there, move on to the plays, concerts, and (if you hate money) the mobile game. Happy gacha rolling!

Shoujo Kageki Revue Starlight is licensed by Sentai Filmworks and available for streaming at HIDIVE and VRV. As of this writing, it’s not available on physical media in the US, but show Sentai your support and maybe we can change that!

Also, be sure to also check out our recent reviews on Chuunibyou & K-ON!