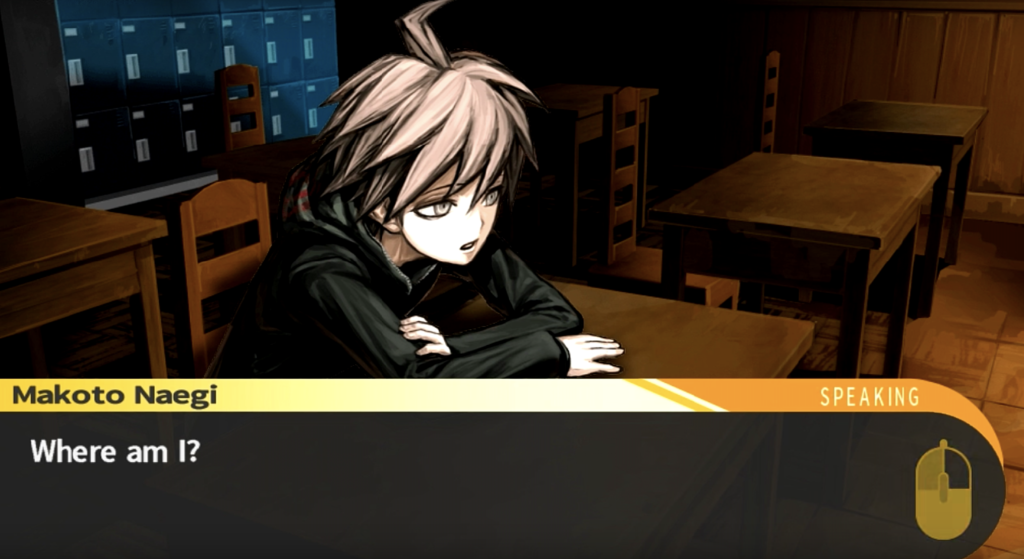 Danganronpa is one of the most popular visual novel series out there currently and there’s a good reason for that. This murder mystery visual novel has a cast of unique characters, great art style, engaging music, a twisty story, and engaging gameplay. Danganronpa centers around Hope’s Peak Academy. This school has recruited some of the most elite students in the country, each with unique expertise. Once they get in, they are told they will be in the school forever. But what if you want to leave? The only way to be free is to kill someone else and get away with it! 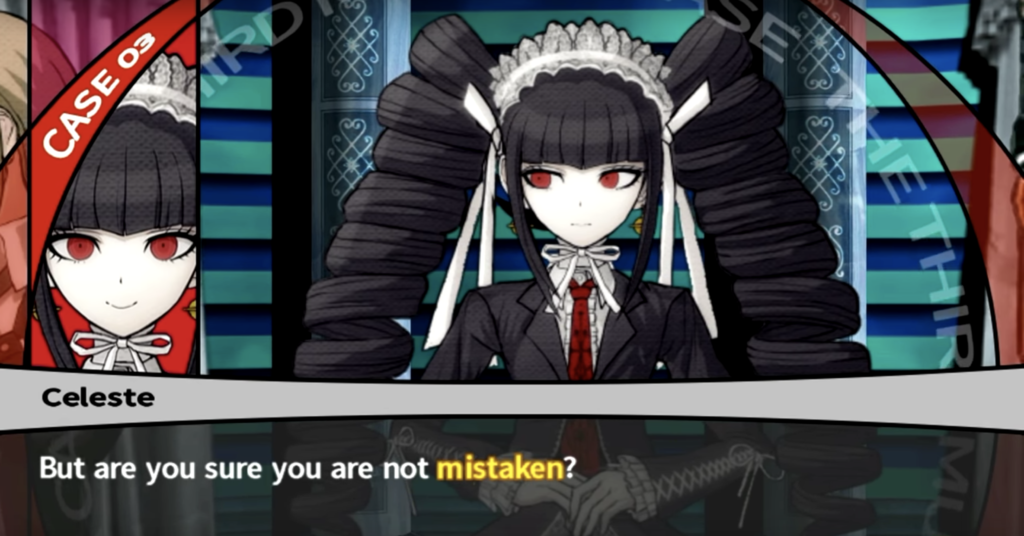 The story itself is another Battle Royale type scenario where the class is put at each other’s throats. Danganronpa in-depth explores hope, despair, groupthink, and selfishness. What happens when people are pushed to their limits? Do they become animals? There are plenty of twists and turns as you work on solving each murder mystery and the mystery of Hope’s Peak Academy. 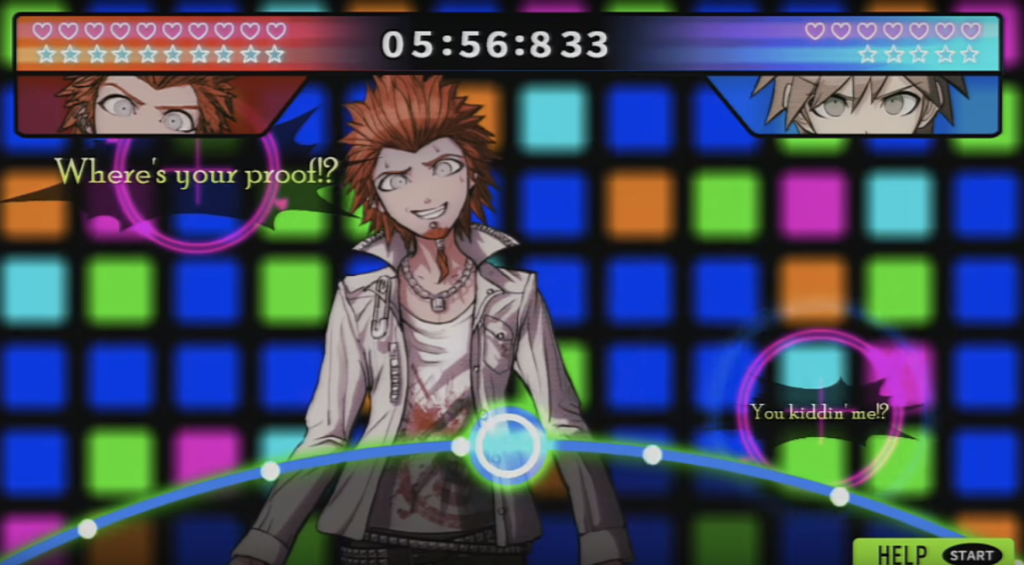 One of the best things that makes this visual novel stand out is its gameplay! To spice up the story, the class trials are full of minigames including the rhythm game seen above. Other interesting features are when you are talking to people sometimes words will be highlighted in purple, if you tap a button you can question the person on that idea. When not in the trial, you will spend your time exploring the 3D world of Hope’s Peak Academy. I did find at times it would sometimes be difficult to find clues and people as the world is so large to explore. But it adds to the immersion of the school so it was not too big a deal. 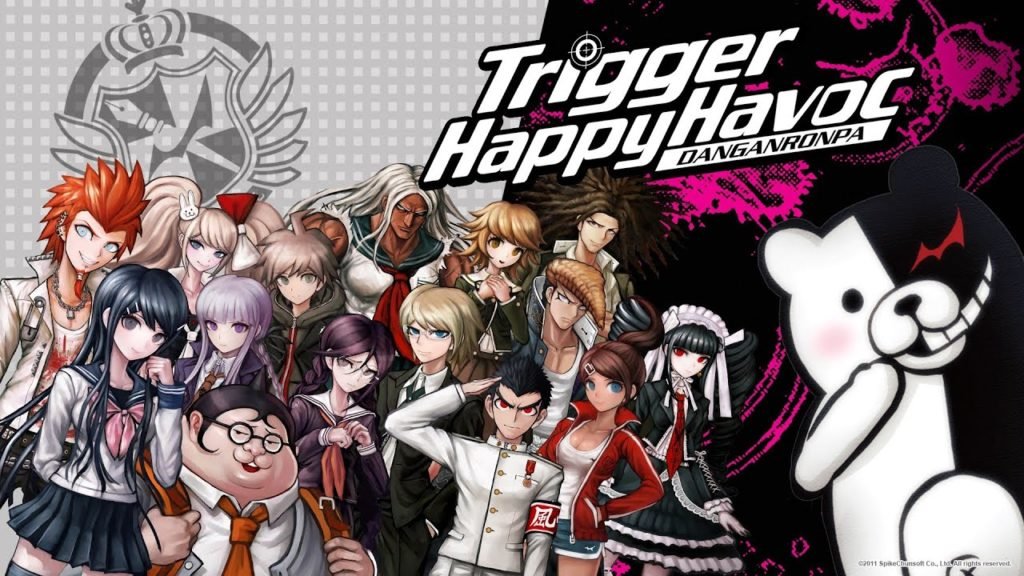 The character designs in Danganronpa are like nothing else out there. Each character has a very unique style that fits their ultimate talent. There is definitely a reason that Danganronpa has become such a popular series with cosplayers. Another interesting direction with the art is the use of hot pink for blood. This allows us to examine the bodies without extreme gore and highlight the wound areas. 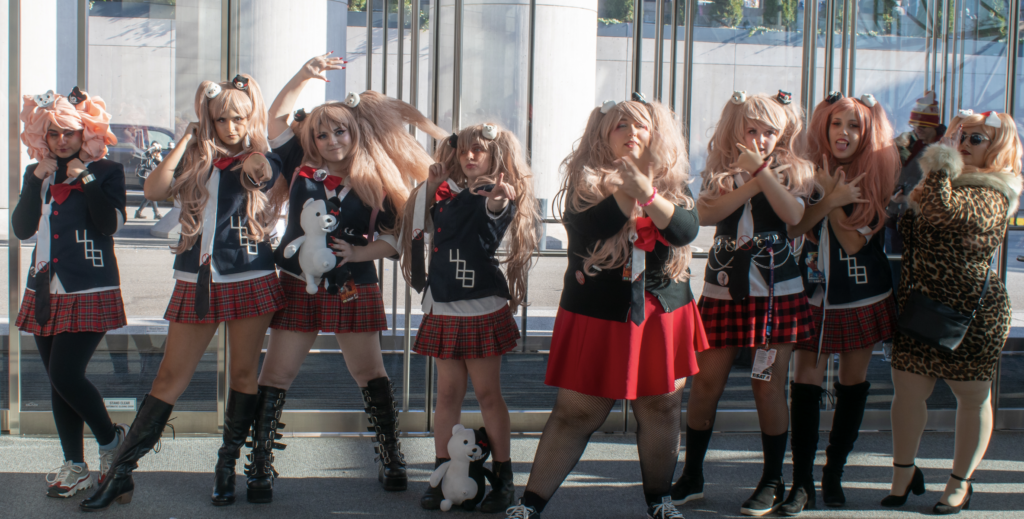 Danganronpa is a unique visual novel that should be really experienced by all who are old enough. It go over mature themes so only older teenagers and up for this one.

You can purchase Danganronpa from Humble Bundle or the PS4 trilogy on Amazon, all purchases made through this link will help to support Chaos Cute Soft!

What do you think about Danganronpa? Let us know in our Facebook Group, Discord or Twitter! Also if you want more murder mystery, check out our review on Higurashi.