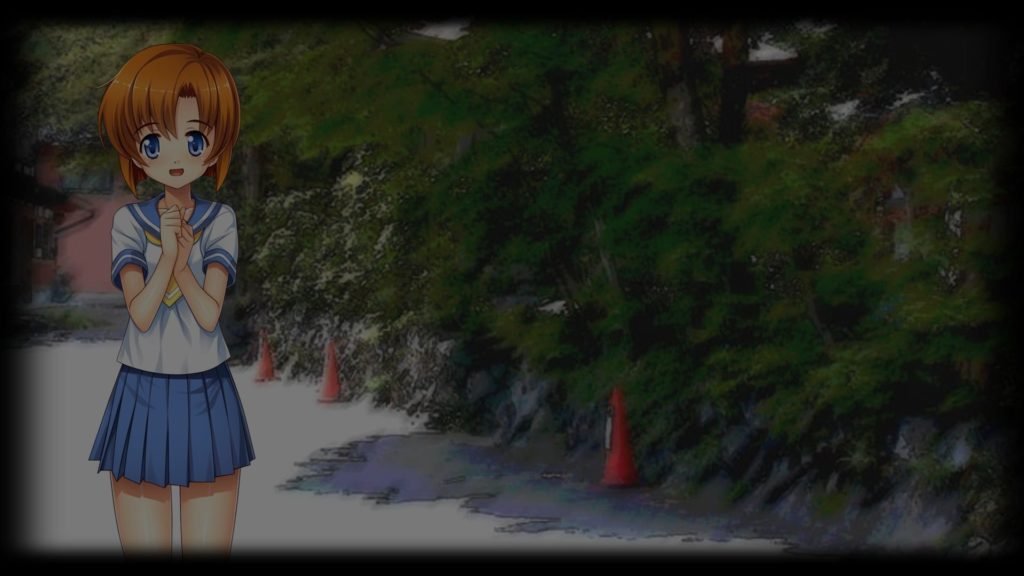 After playing the cute catgirl dating sim, Nekopara, we moved onto a much different kind of visual novel. The first chapter of Higurashi When They Cry – Chapter 1 Onikakushi sets up a long-running visual novel horror series. Higurashi takes place back in the early 1980s, a setting that probably would bring nostalgia to the Japanese audience reading it. Despite being somewhat modern, the town the story takes place in is a small rural town. The school has only one classroom for all the grades, so the older students mostly would self-study. Keiichi came in from the big city but still found it pretty easy to adjust to his new country life.

The story starts off slow and is really just a typical slice of life. The twist is Keiichi starts to learn more about a series of murders that took place in the town before he arrived. Each murder was centered around the annual summer festival. At times in these early stages, the story feels a bit too drawn out, especially during the card games after school. However, these parts of the story are important. They establish the relationship Keiichi has with his friends. When everything takes a darker turn in Higurashi, the contrast from the beginning light is huge.

The plot really escalates during the last 25% of the story. I felt the excitement just anticipating coming back home to read more. The dark turn in the story happens gradually. I always enjoy psychological horror and stories. Higurashi definitely delivers on this as I found myself empathizing with characters I would not normally feel for.

The sounds of the Higurashi 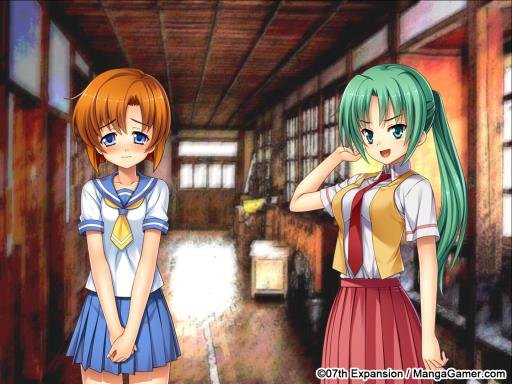 One of the strongest parts of Higurashi When They Cry is sound design. The very beginning of the story opens with the main character savagely smashing one of his friends with a bat. You can hear and feel every moment of that horrific attack. Wearing headphones for this game is an absolute must to engulf yourself in the madness. The music does a great job setting the mood, especially the more distorted tracks during the horrific moments. In fact, the cries of the Higurashi will often altar and form into a disturbing song when the time calls for it.

Higurashi’s first chapter is definitely worth the read if you enjoy psychological horror. While there is not grotesque imagery, be warned that there are some very graphic descriptions of horrific occurrences.  If you would like to sample what you are in for, take a look through our playthrough on YouTube below.

You can get the game on Steam or check out the anime series available on Blu-ray from Amazon.

Thanks for taking the time to read our review of Higurashi’s first chapter Onikakushi. Next up, we are working on our playthrough of Fate/Stay Night. Be sure to follow us on Facebook, Twitch, Mixer, and YouTube to catch our live streams.

Until next time, keep finding that light in the dark!