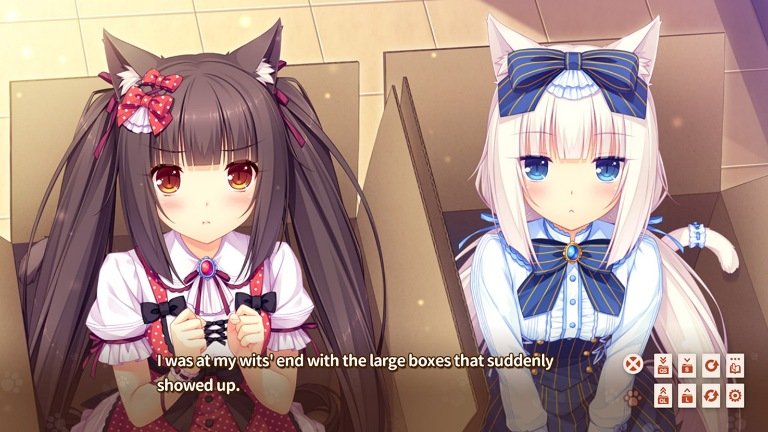 Nekopara is the type of visual novel you sit down to read after having an exhausting day at work. It’s a bit of warm comfort food to fill your stomach with joy. This visual novel is not for everyone. Still, for a particular audience, it hits the right spot.

What we are reading is a simple story of a young man who has gone off on his own to open up a bakeshop. However, this is a world inhabited by catgirls. It requires you to suspend your belief system of our Univers. Instead to imagine a world where our pet cats are in humanoid form. The catgirls all exhibit typical feline behaviors, but they can speak and normally communicate with humans. 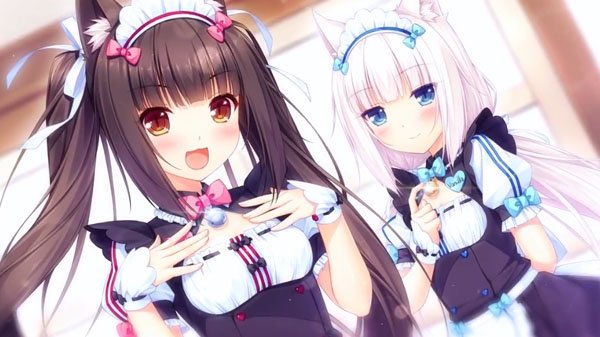 The story of Nekopara is a fairly simple one. If you allow your mind to relax you will find yourself completely engulfed in the world of catgirls. It all begins with two of his young cats sneaking into his store. Most of the story is based around establishing his new business as well as helping Chocola and Vanilla to mature into proper adult catgirls. There are some more adult scenes in Nekopara, as it is accepted in this world for catgirls to become “catpanions” for their masters. However, the basic Steam version cuts out the more risque scenes. Despite this, Nekopara still feels like a very wholesome and sweet story. There is never a sense of great danger or stress, but the story is still interesting enough to keep you going. This is a kinetic novel so there are not any multiple endings.

The character sprites in Nekopara are absolutely adorable. The game utilizes Live2D, which has the characters constantly moving in a 3D-ish model. In addition to the typical scenes with the Live2D models, there are also multiple still 2D CG scenes that become viewable outside the story once you unlock them. Each of the catgirls in Nekopara has a distinct style. Each character has a cat breed which is interpreted into the catgirl models. For a little preview of the game just take a look through the video above. You can also find more on our YouTube channel.

is nekopara The purrfect game? 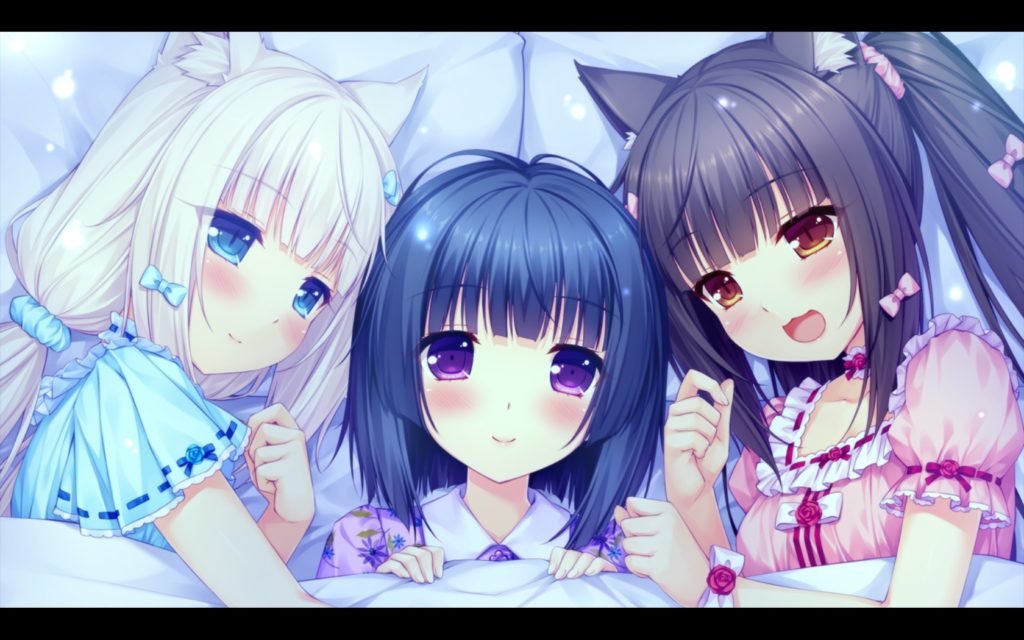 If you are looking for a complex plot or in-depth characters in your visual novel, you may wish to look elsewhere. However, if you really love cats, baking, or just enjoy cute character designs, then Nekopara will be the purrfect game for you!

Thanks for tuning into this review of Nekopara and keep on the lookout for more updates on Amanita Asphyxia in the near future!